I find it harder to post a weekly book haul than it is to do a sort of semi-monthly one so… Here’s some of the books I’ve gotten in the past month or so. If you follow me on Instagram, I post about it frequently because it’s just easier to snap a pic and then post it. That probably sounds like I’m neglecting my blog but I’m not. XD I’m brainstorming ideas about what to blog about while juggling work, my family, trying to find time to read, and also working on my novel (which is surprisingly getting somewhere! Maybe I should blog about that too…) 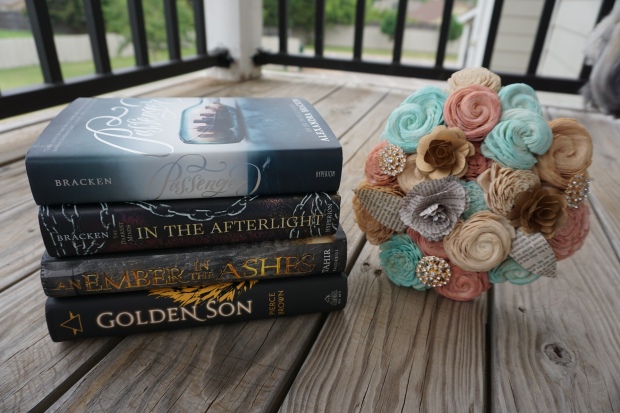 I purchased all of these for less then $40. I compelled myself to by the last book in The Darkest Minds trilogy by Alexandra Bracken. Granted I’ve only read the first book in the series and thought it was just okay. It’s slow but I’ve heard it gets better so I’ve fallen into the trap of buying it, unsure if I’ll like it, etc. However, I did thoroughly enjoy Passenger by Bracken and I’m super excited for the next book in the series to release!

An Ember in the Ashes has been on my TBR (to be read) pile since it released and I saw it floating around Instagram. The sequel releases soon(ish?) so I need to get around to reading that… I’ve heard great things about it so I look forward to reading it and hope it lives up to the hype.

And if anyone was curious, I bought that bouquet of flowers from Ecoflower, which specializes in using recycled and sustainable materials to make their products! The above bouquet is called “Jane Austen.” 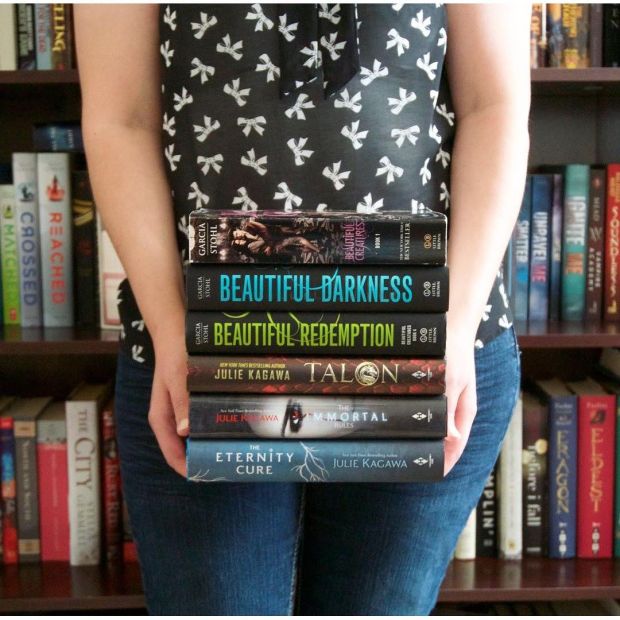 Amazingly, I found Talon by Julie Kagawa for less than $10 at my local Half-Price Books. Then I found brand new copies of The Immortal Rules and The Eternity Cure. I like Kagawa’s writing enough to want to read some of her other works. As for Beautiful Creatures, I just picked it up because it was there. I believe I’m missing book 3 in the series but this series was in great condition when I found it so I couldn’t resist and truthfully, I’ve been eyeing the series for some time now. I wish I had found a non-movie adaption cover but we can’t all get what we want… 😀 Anyways, I think these series came out when the vampire/werewolf trend in YA was on fire (thanks, Twilight!) and again, truthfully, I’m not super interested in that trend and barely was but… Alas. Here I am. Haha!

And for lack of any decent picture… 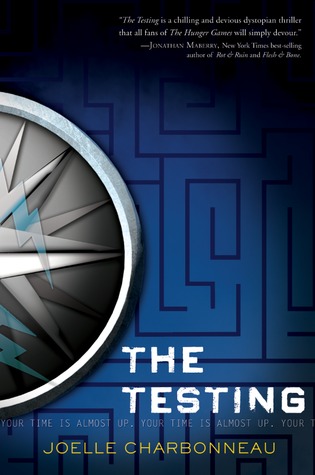 I bought that book and the rest of the book in the series all for less than $10. (Sales, people! They are good things!) The cover reminds me of Legend by Marie Lu… It has over a 4 star rating on Goodreads but this is compared to The Hunger Games which I also enjoyed. Though I will say that dystopias are not my favorite genre, I’m willing to give this one a chance.

Well, that’s it for now! Have your read any of these? What did you think? What should I start with? Post links to your book hauls below! I would love to see them! 🙂