Technically, this is supposed to be “books I read because someone outside of the book community recommended it to me.” Truthfully, I don’t know a lot of people I read so no one’s really recommending series to me… I picked up so many books due to starting a bookstagram a little over a year ago. Without that community, I wouldn’t have picked up half of the books I currently love.

Top Ten Tuesday was created by The Broke and the Bookish blog. Don’t forget to leave your TTT and I’ll check it out! 🙂

This might be a little redundant. I’ve repeatedly declared  my love for many books but it wasn’t until this past year or more that I discovered my little niche in YA lit.

The Raven Cycle by Maggie Stiefvater || I don’t pick up paranormal books. I’ve had bad experiences with them so I’ve steered away even in the YA genre but when I saw The Raven Boys floating around, I decided to take the plunge. I don’t regret it. This series is amazing and I love Stiefvater’s writing. I haven’t read her other books but I’ll read them all…eventually. ^_^

Throne of Glass series by Sarah J. Maas || Just a side note, I never noticed how similar these covers were. It’s coming around full circle! 😮 But yeah, I love fantasy so it was a no brainer for me to pick this up, and I’ve really enjoyed this series. I’ve loved the transformation this series has undergone and I can’t believe it’s coming to an end next year! 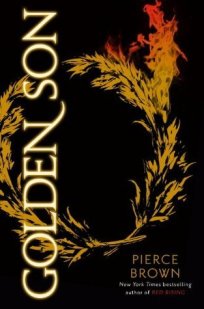 Red Rising trilogy by Pierce Brown || Sci-fi is not my go-to genre even in YA. This series was once described as “Braveheart in space.” Well, I’ve never seen “Braveheart” so whatever! Seriously though, I love this series. It isn’t strictly YA though the characters are very young. The writing, world building, characters, and the journey through this series is incredible. I’m excited that Brown is adding more to this world with the new series titled Iron Gold.

The Grisha trilogy by Leigh Bardugo || I’m so glad I read this series and discovered Leigh because it led towards my eventual love of Six of Crows and Crooked Kingdom. I’m in love with the world she created and I look forward to anything else she writes! 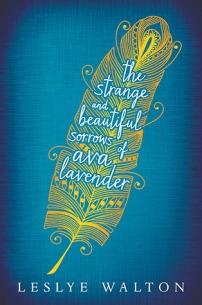 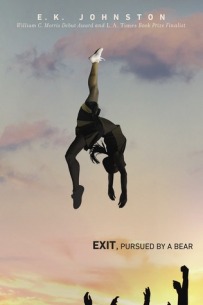 The Strange and Beautiful Sorrows of Ava Lavender by Leslye Walton; Eleanor & Park by Rainbow Rowell; Exit, Pursued by a Bear by E.K. Johnston || I definitely wouldn’t have picked up these books on their own had it not been for me seeing them around the Bookstagram community. I don’t read many standalone novels. They aren’t very common in the fantasy genre but I’m glad I took the plunge with standalones. I’ve only enjoyed this book by Rowell, and I’m looking forward to Walton’s books whenever they’re announced! I’ve only read this book by Johnston but I loved it to pieces. You can read my review for it here. 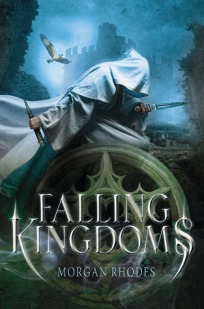 The Falling Kingdoms series by Morgan Rhodes; Shatter Me trilogy by Tahereh Mafi; November 9 by Colleen Hoover || I haven’t read the rest of the Shatter Me series but I heard they keep getting better and better. Initially, I struggled to like Falling Kingdoms and almost gave up on the series. The covers draw me in and I liked Frozen Tides a lot so I’m sticking with it and I’m excited for Crystal Storms in December. As for November 9, I normally don’t read NA because a lot of it is filled with smut which isn’t my thing but I made an exception, though I read Hopeless and didn’t care for it. I have a love/hate relationship with November 9 though. 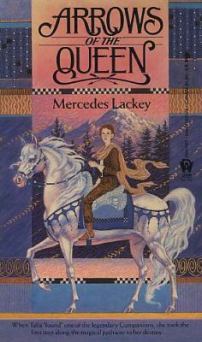 Okay, so this series was recommended to me by a friend who isn’t part of the bookstagram community. She was my best friend in middle and high school and she was always a big reader too. She saw that I liked the Green Rider series so she recommended anything from the Valdemar series by Mercedes Lackey. Lackey is one of the queens of high fantasy. If you love fantasy and you haven’t read Lackey, go read books by her and start with this series!

Wow, I think I could go on and on… But I won’t, haha! I’m surprised you stuck with me this long! 😛