I can’t believe we’re nearly halfway through 2017! How? Where did time go? I always ask myself those questions, but never have sufficient answers. 😛

There was a similar post to this one a few months ago. It isn’t quite the end of June, so I haven’t read some of them, but I’m proud to say I have read a handful of them! XD So here’s what the later half of 2017 has in store…

The Color Project releases on July 18. I followed the author long before she ever had a book announcement in the works, and wow! It’s been a fun journey to see her excitement. There’s less than 2 months left now, and I already have it sitting in my Amazon cart for when I have some book money!

These are just a few books releasing in September… While Three Dark Crowns was slow, the plot twist made the book worth it for me. I hope the pace will pick up in One Dark Throne. I enjoyed the concept, and I really expect things to be even more cut throat in this sequel, which releases on September 19.

I’m in the edge of my seat for a cover for the 6th book in the Throne of Glass series! I love Chaol. Crown of Midnight is one of my favorite books in the series, as was Queen of Shadows, so the fact that Chaol wasn’t at all in Empire of Storms killed me. I was shocked that instead of a novella, we have a whole novel, and it just better be dang worth it. September 5 needs to be here now!

The premise of Before She Ignites (out September 12) sounds amazing! I mean, dragons! lol There’s not enough of that magical creature in YA lit.

Marie Lu is an auto-buy author for me. I read her The Young Elites trilogy and enjoyed it, which prompted me to pick up the Legend series. So I’m on the edge of my seat for Warcross, which releases on September 12!

I’ve seen Invictus compared to Firefly and Doctor Who, and if that doesn’t make the sci-fi nerd in you (and me!) go crazy, I don’t know what will (maybe Star Trek or Star Wars?). This doesn’t release until September 26.

I’ll admit I’m not big into DC Superheroes so I was really just “meh” when a few YA authors announced they would write a string of books about female DC heroes. But I’m in love with Bardugo’s works and WW is already receiving such high praise, so now this book is on my TBR pile! It comes out on August 29! 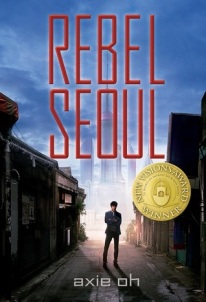 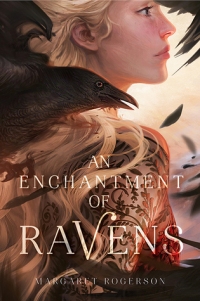 Whichwood has one of the prettiest covers in a long time. ❤ This book is a companion to Mafi’s first middle grade novel, Furthermore, and tells the story of a girl who washes dead bodies for a living. It’s loosely based on a Persian fairytale. You can read more about inspiration behind the book over at Bustle. The expected release date is November 14!

I am beyond excited for Rebel Seoul by Axie Oh. It’s pitched as Pacific Rim + action-filled K-dramas. Hello! I need that! lol But seriously. I’m thrilled to see more Korean authors in YA publishing, and it really gives me hope for my YA contemporary WIP. Rebel Seoul is scheduled to release on September 15!

An Enchantment of Ravens (September 26) has a jaw-dropping cover. It’s gorgeous in a picture, and I can’t even imagine what it’ll look like in my hands!

What books are you most excited for in the rest of 2017? Please share them with me! I’m probably missing a whole bunch, and most of these are set to release in September, but it’s hard to pick only 10!