Well, August was a pretty smooth month for me. Work is in full swing, and while I can’t read at work as much as I’d like as I’ve been quite busy (and was also reprimanded for “not looking busy,” audiobooks are a serious lifesaver. While reading these books, I’ve managed to squeeze in rereading the Throne of Glass series before Tower of Dawn releases (today!!!).

I’ve also put myself on a serious book and subscription box buying ban. I’ve finally admitted that my TBR pile is out of control, and fall as a slew of upcoming releases that I’m dying to get my hands on. I also need to become friends with my local library again in order to save money, and I’ve done a fairly decent job, I think. 😛 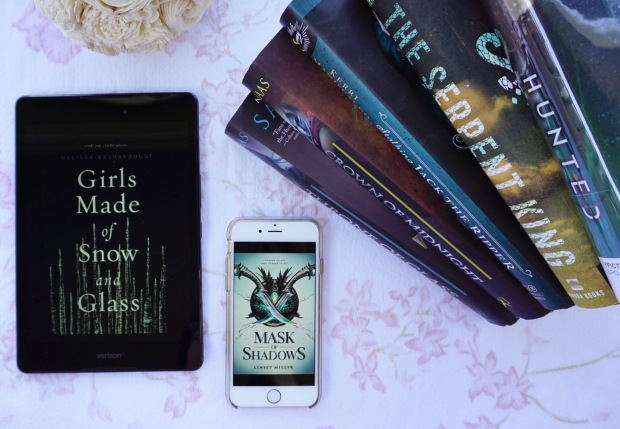 I didn’t mean to include Throne of Glass in this pile, since I finished it at the tail end of July! But then I was too lazy to take another picture so…

Windwitch isn’t pictured because I listened to it via audiobook.

I did fairly well in terms of my book buying ban. I only bought one book, and it was seriously one I had pre-ordered anyway because I wanted the pre-order goodies!

How could I not pre-order this book by the queen, Leigh Bardugo? Initially, I had ordered the U.K. special edition hardback because I wasn’t really a fan of the U.S. cover. But on the day of its release in the U.S., Leigh surprised us by saying that each U.S. copy will have a tear-out poster. I am such a sucker for fanart, so I had to get it! I canceled the U.K. edition, and found my nearest Target where I bought this book and it came signed! 🙂

For the month of September, I already have a few books in mind that I know I’m going to read, like The Assassin’s Blade, Queen of Shadows, Tower of Dawn, Invictus (ARC), and Warcross when it arrives. I don’t know what else I’m going to squeeze in… Maybe a few audiobooks, as usual. 😛

Don’t forget to leave your book haul and wrap-ups in the comments for me to check out!