Hey, all! I meant to write this post earlier but then got…distracted. 😅

For the first time I attended the Teen Book Con in the greater Houston area during my spring break. It was a 7+ hour trip in the car, so kudos to my husband for driving the entire time and dealing with all that traffic! 🙃 Besides being a spring break trip, this was actually my husband’s birthday gift to me. I had such a great time, too, so I’m really glad I had the chance to attend.

The event was held at a high school. Let me tell you. I attended school in Oklahoma. If you don’t know what’s been going on in Oklahoma in regards to education and teachers, etc., just google the state. It’s literally the first thing that comes up. So going to this high school, my initial thought was, “Wow, this place is HUGE!”

But the first thing I picked up after I got my wristband was this awesome poster from A Reaper in the Gates by Sabaa Tahir, which releases in June! Sabaa was the keynote speaker. 🙂 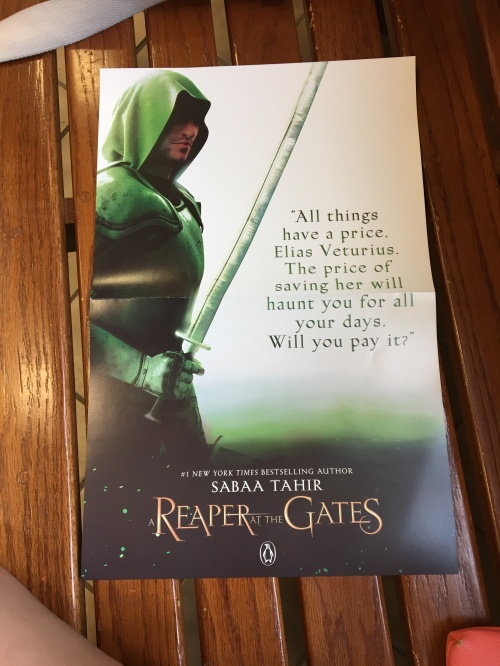 I hope you don’t mind I took this picture on my phone but WOW, HELLO, THAT QUOTE. *dying*

I was also able to purchase a book a few days before it’s release date, and I’m so glad I did. 🙂 Mary H.K. Choi’s Emergency Contact was available, and I knew I had to have this book, not only because I wanted it signed, but because it sounds so good. Mary is also a Korean-American and her book has a Korean MC, so of course I’m supporting a fellow Korean! I also took a picture with her after she signed my book so yay! 🤗 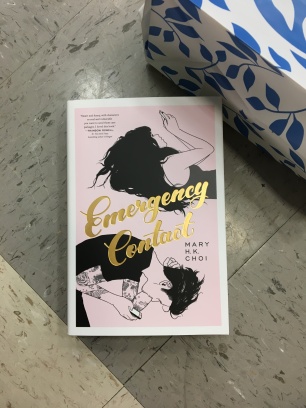 My favorite panel was the first one I went to called Femme Fatales, featuring Alexandra Cristo, Mary H.K. Choi, Jessica Spotswood, and Jennifer Mathieu. Not only was it filled to the brim with teenagers, teachers, librarians, and general spectators, but I’m absolutely blown away by the amazing questions asked by teens! Don’t think they aren’t listening or paying attention because wow, they are incredibly observant, critical thinkers, who ask heartfelt and deep questions. The authors on that panel did a fantastic job answering, always encouraging and genuine.

I attended three panels total, all featuring authors I was very excited to see, including Tahereh Mafi, Stephanie Garber, and Sandhya Menon. Besides the signing, the panels are some of my favorite parts about any book con or festival. I feel like it’s such an intimate way to get to know the author than just going through the signing line, which can often me rushed and hectic.

Tahereh’s line was SO long, so we weren’t able to take posed photos. But she’s a gem of a female and I’m so glad I was able to meet her in person! She signed all the Shatter Me books.

Debut author Tomi Adeyemi was there as well, but her line kept getting longer and she had to leave by a certain time, so I wasn’t able to get a picture with her, but I did get my book signed! I purchased the Barnes and Noble edition specifically for this event. I wish I had been able to get the pre-order poster signed but alas, that wasn’t possible.

After it was over, Husband and I drove the entire way back without stopping for the night like we originally planned. 🤪 Yeah… I’m too old for that. 😵

Besides attending the book con, this was also a spring break trip, so we did a few other things as well, including…going to the beach! So here’s my obligatory beach picture. 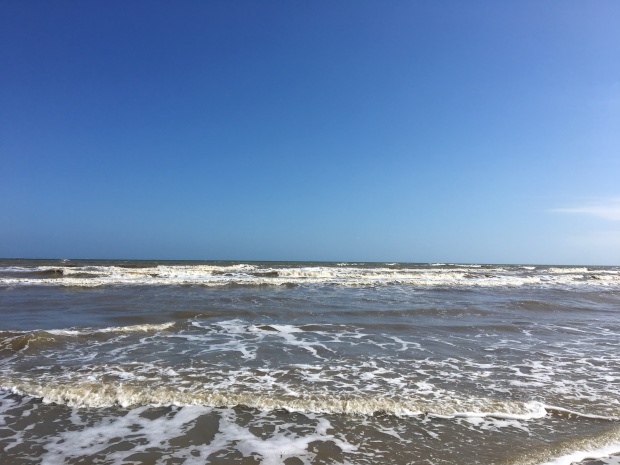 Husband and I also love food so finding the best places to eat was key! We went to a Greek place called Niko Niko’s which not only had great food but LOOK and this dessert counter!

We also traveled into the heart of downtown Houston where there was a lovely, calming Japanese garden. The weather was quite nice so we took our time strolling through the area. 😌

Texas is also the birthplace of Half-Price Books, so my goal is to travel to every one in the city. That didn’t happen (because TRAFFIC!) but there was a neat, two-story one in a very nice area not too far from Rice University (which is also ridiculously nice).

I hope you enjoyed this post! #sorrynotsorry if you weren’t interested in my vacation pictures, but thanks for stopping by anyway. 😉 My next stop will be the North Texas Teen Book Festival on April 21, following by a few other book signings within a decent driving distance.