Thanks to Flatiron Books for giving a free digital copy via NetGalley in exchange for an honest review.

Guys, I really wanted to like this. Pitched as a modern Anna Karenina retelling and with a Korean MC, I just was just…enthralled. Sadly, everything really fizzled out the more I kept reading the book. Were there redeeming parts? Totally. But not enough. 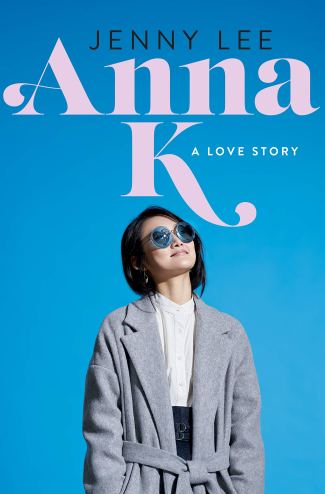 Title: Anna K.: A Love Story
Author: Jenny Lee
Publisher: Flatiron Books
Expected release date: March 3, 2020
Genre: Young adult, contemporary, romance
Length: 448 pages (U.S. hardcover)
Synopsis: (via Goodreads) “Meet Anna K. At seventeen, she is at the top of Manhattan and Greenwich society (even if she prefers the company of her horses and Newfoundland dogs); she has the perfect (if perfectly boring) boyfriend, Alexander W.; and she has always made her Korean-American father proud (even if he can be a little controlling). Meanwhile, Anna’s brother, Steven, and his girlfriend, Lolly, are trying to weather an sexting scandal; Lolly’s little sister, Kimmie, is struggling to recalibrate to normal life after an injury derails her ice dancing career; and Steven’s best friend, Dustin, is madly (and one-sidedly) in love with Kimmie.

As her friends struggle with the pitfalls of ordinary teenage life, Anna always seems to be able to sail gracefully above it all. That is…until the night she meets Alexia “Count” Vronsky at Grand Central. A notorious playboy who has bounced around boarding schools and who lives for his own pleasure, Alexia is everything Anna is not. But he has never been in love until he meets Anna, and maybe she hasn’t, either. As Alexia and Anna are pulled irresistibly together, she has to decide how much of her life she is willing to let go for the chance to be with him. And when a shocking revelation threatens to shatter their relationship, she is forced to question if she has ever known herself at all.

Dazzlingly opulent and emotionally riveting, Anna K.: A Love Story is a brilliant reimagining of Leo Tolstoy’s timeless love story, Anna Karenina―but above all, it is a novel about the dizzying, glorious, heart-stopping experience of first love and first heartbreak.”

I don’t even know where to start. I have a few positive things to mention, but other than that I felt like this book was all over the place. We have a group of teenagers who are filthy rich, so naturally there’s a lot of privilege that comes with that, even for Anna K. and her brother, Stephen, who are half-Korean. But we still see these two (and their father) face racist remarks. One of the most frustrating parts it that we see so much drug and alcohol use by these underage teenagers and I just can’t help but think “Where are the parents? Why aren’t they saying anything? Surely they must notice something.” Maybe that’s silly of me to think but I can’t help it. The drug and alcohol use was done to such an extreme extent that I felt it was unrealistic for no parents whatsoever to catch their kids with it.

Like with the classic, I found the only couple I really liked were Dustin and Kimmie (in the original, the characters are named Levin and Kitty). I found it hard to swallowing the cheating that took place in this book. I don’t know if the book was trying to normalize it (like yes, it happens all the time which maybe it does and simply isn’t put out in the open for obvious reasons), but there’s this juxtaposition between Stephen and Lolly relationship and the one Anna K. develops with Vronsky.

It was hard to believe that these were only teenagers. I felt like they didn’t act like teenagers (or at least, teenagers I’ve read in other YA contemporary novels), and I didn’t know if that contrast was created on purpose because these characters are privileged and filthy rich). I wasn’t sure I liked any characters either, outside of the two I mentioned earlier. Everyone felt pretty…shallow, and I felt their outward appearance and how they wanted to be perceived by others was drastically different than how they were toward their close friends and family. Case in point between Stephen and Anna K. They both pointed out the sexism they faced not only in their Korean culture but also in terms of the cheating aspect–how it seems “okay” for men to cheat but women face a completely different set of “rules” dictated by society. But thing is… I wasn’t really convinced of Anna K.’s and Vronsky’s romance anyway, and I definitely didn’t think Vronsky acted like a teenager.

I loved the growth in Kimmie, and I can see her reflected in many teenager girls’ lives (including my own). I like that she was grew and become more self-aware and self-assured. It’s a lot to handle when you’re only 15!

To be honest, I don’t really have an opinion here. I really wanted to DNF this book, but I feel guilty for DNFing ARCs. In a sense, I’m glad I stuck through due to the situation around Dustin and Kimmie. The author kept throwing around what I assume is really expensive name brand items, work out classes, etc., and I was seriously so fed up, I thought, “Who cares?”

You can pre-order this book from Amazon, Barnes and Noble, Book Depository, or find it at your local indie with IndieBound. Don’t forget to submit your pre-order receipts here.